The seventh Congress of Tuber Aestivum European Scientists Group has been organized this year in Sweden on Gotland island, from November, 14th to 16th.

The different works exhibited at this symposium on T. aestivum / uncinatum move towards pathways already well explored for T.melanosporum.

Irrigation remains “the nerve of war” with a unanimous statement that watering, especially this year because of strict drougt of this summer , is a necessity to produce truffles.

In this context, it is interesting to report positive results on plantations in lower densities (6 x 4m), which are characterized by a not early but more sustainable production. One hypothesis mentioned would be a better availability of water compared to the closure of the environments.

An integrated approach to the “Culture truffe” program with probes to measure degree of humidity in soils related the development of the fungus and the water supply (quantitative detection of mycelium with DNA-based technologies) . This kind of study also reveals a favorable effect of the shades on the moisture content in soils. 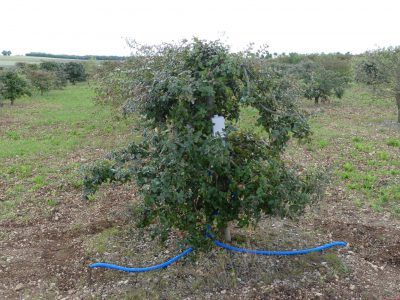 Cultivation successes have been reported in Austria and Germany as well as in a central European area called Pannonia gathering the following countries: Austria, Hungary, Slovakia, Slovenia, Croatia, Serbia and Bosnia and Herzegovina. This geographical area has a strong truffle potential linked to its geological history. The study of “NPK” (nitrogen-phosphorus-potassium) source fluxes showed a net variation of these elements depending on fructification or installation periods of the mycorrhizae.

A call was also launched to develop an European network to follow plot monitoring. The goal is to set up a common reporting frame in order to have a coherent database.

As Agri-Truffe we presented a work about conversion of an hazel orchard into a truffle T. aestivum orchard in Charentes. 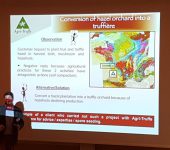 We also visited several truffle orchards, planted with Agri-Truffle trees, and we found a lot of truffles. 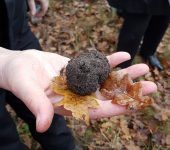 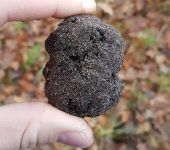 The Congress ended on Friday. There were 65 participants from several European countries, including France, Germany, the countries of Central and Eastern Europe, and of course, the Scandinavian countries. A delegation from the United States was also present. 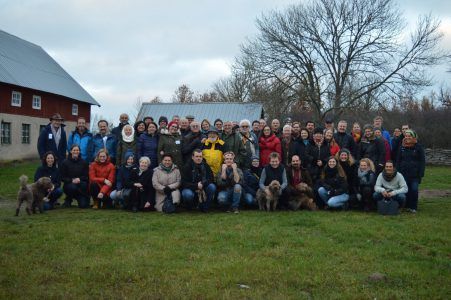